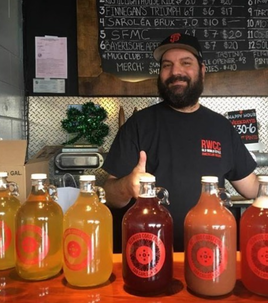 In 1993 Gabe had his first taste of cider in the UK. Since then, there's been no turning back. Gabe, already entrenched in the 90’s DIY culture, had a passion for creativity that kickstarted his life of brewing. This life, coupled with Gabe's natural affinity for process has led him to trying new and exotic techniques in cider manufacturing while also fulfilling a strong interest in collecting and perfecting techniques of sanitation and sterilization protocols. In his time knowing Jesse, he's gone from occasionally helping with brewing both cider and beer to working with his friend to turn his passion into an occupation. 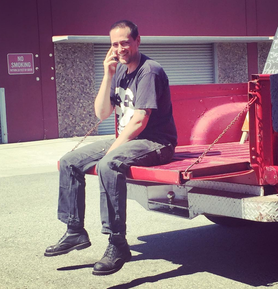 Known to his friends as “Dr. Fermento”, Jesse Ferraris has been learning, perfecting, and experimenting with the fermentation of a variety of food stuffs for over twenty years; from homemade sour kraut and kim-chi to yogurt, all using cultures he cultivated himself. From there it was a short step to making his own kombucha, beer, and cider. He brings that passion for the process to the cider house. 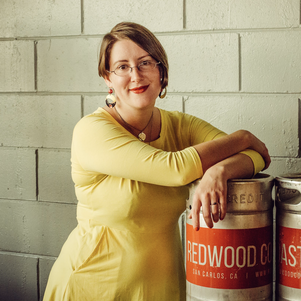 Growing up in rural Michigan, apples were a part of life. My friends and I would go to the local cider mill to get fresh-pressed juice every fall, enjoy cider donuts, and drink—fresh juice when I was younger, ice ciders when I was older. We’d get oodles of apples to make applesauce and apple pie, apple butter and apple caramel. There was also, inevitably, the jug of juice that was forgotten in the back of the fridge to spontaneously ferment into hard cider (some of it was even good!).

I’ve been homebrewing since 2010, so when I moved to California in 2012, I was interested in the local craft beer scene. I got a job beertending at Freewheel Brewing Co. and met a friend there that knew about Redwood Coast Cider. When he heard that Jesse and Gabe were in need of a hand making cider, he told me to show up. I did, and the rest is history! 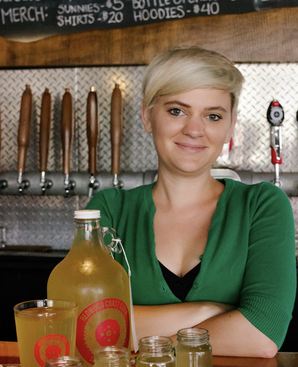 Christina grew up in the small town of La Honda, CA--a town known for both it's beautiful coastal redwoods and as a historic motorcycle destination. After high school, she fled to the big city to study graphic design at the Art Institute of CA-San Fransisco. Christina now works with Gabe and Jesse to design all things Redwood Coast Cider. She recently lectured at Foothill College in Los Altos, CA on Cider and the Alcohol Industry.